What’s with the shark in the posters?

UPDATE: Someone told me today that we do know why sharks bite the cables: the electromagnetic waves emanating from the cables are similar to the bioelectric fields that surround schools of fish.

At the beginning of this year we had our first meeting to brainstorm about organising another Eclectic Tech Carnival. Ten of us met in the offices ofConstant VZW in Brussels. The meeting was spread over 2 days first getting to know each other, regailing the history and background of the event, then how we’d come to this point and finally tackling the prickly issues. We took the time to discuss everything. It was very enjoyable really. While we didn’t all agree on everything it was clear we all wanted another /ETC and we were willing to put time and energy into organising it.

Nearly every /ETC has had a theme. Because one of the aspects we wanted to communicate was that we are a group of feminists that like to chew on structures of power and control we decided to use the image of a shark to reflect this. Sharks like to gnaw on submarine communications cables. It’s not known why they do this, but it’s a fact. So when we started making the flyer we wanted to use for the upcoming event, we decided to use a shark in it. The flyer was designed by Amélie Dumont. 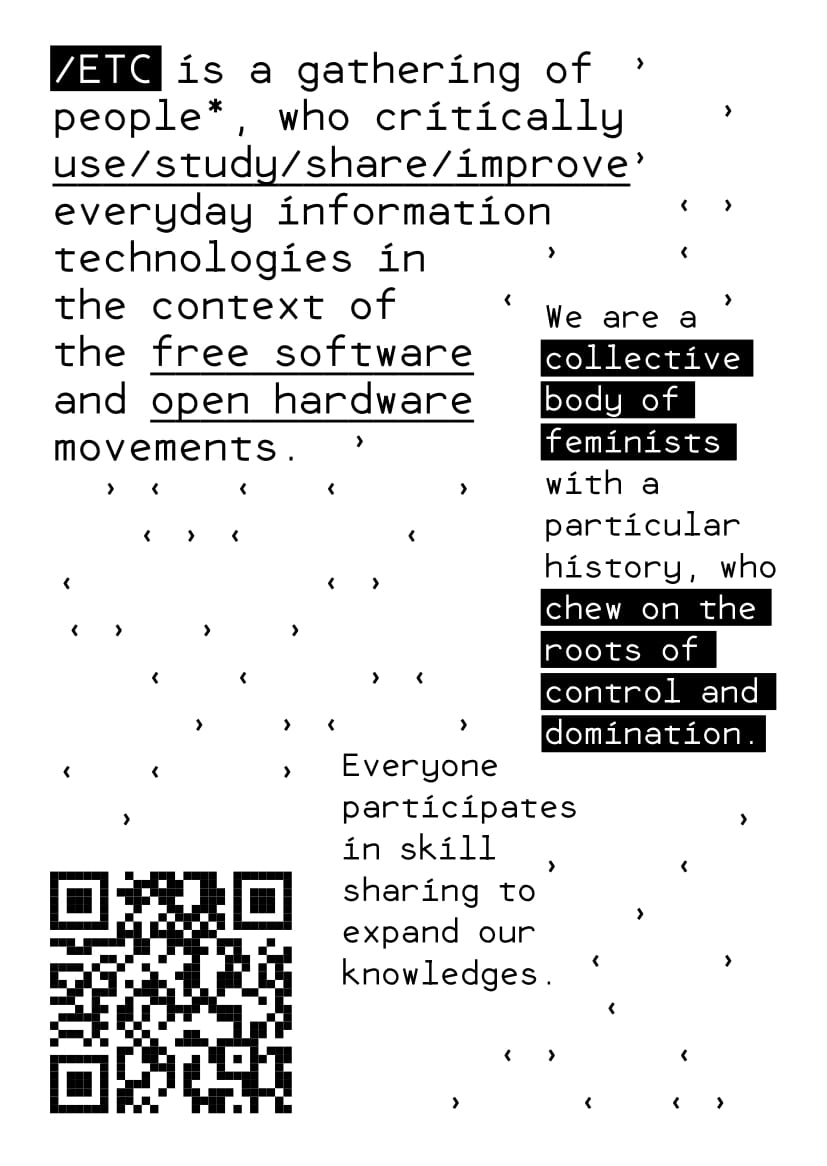 You May Also Enjoy

Rare image of some of us!

Get your very own pair of genderchangers!

Posters Up in Athens

This is where we will be in Athens

What is the location of the event? Που θα φιλοξενηθεί το φεστιβάλ; AMOQA // EIGHT // COMMUNITISM When the Eclectic Tech Carnival 2019 takes place from 8 to ...